COMMUNITY CENTRES IN CHOA CHU KANG IN THE EARLY YEARS 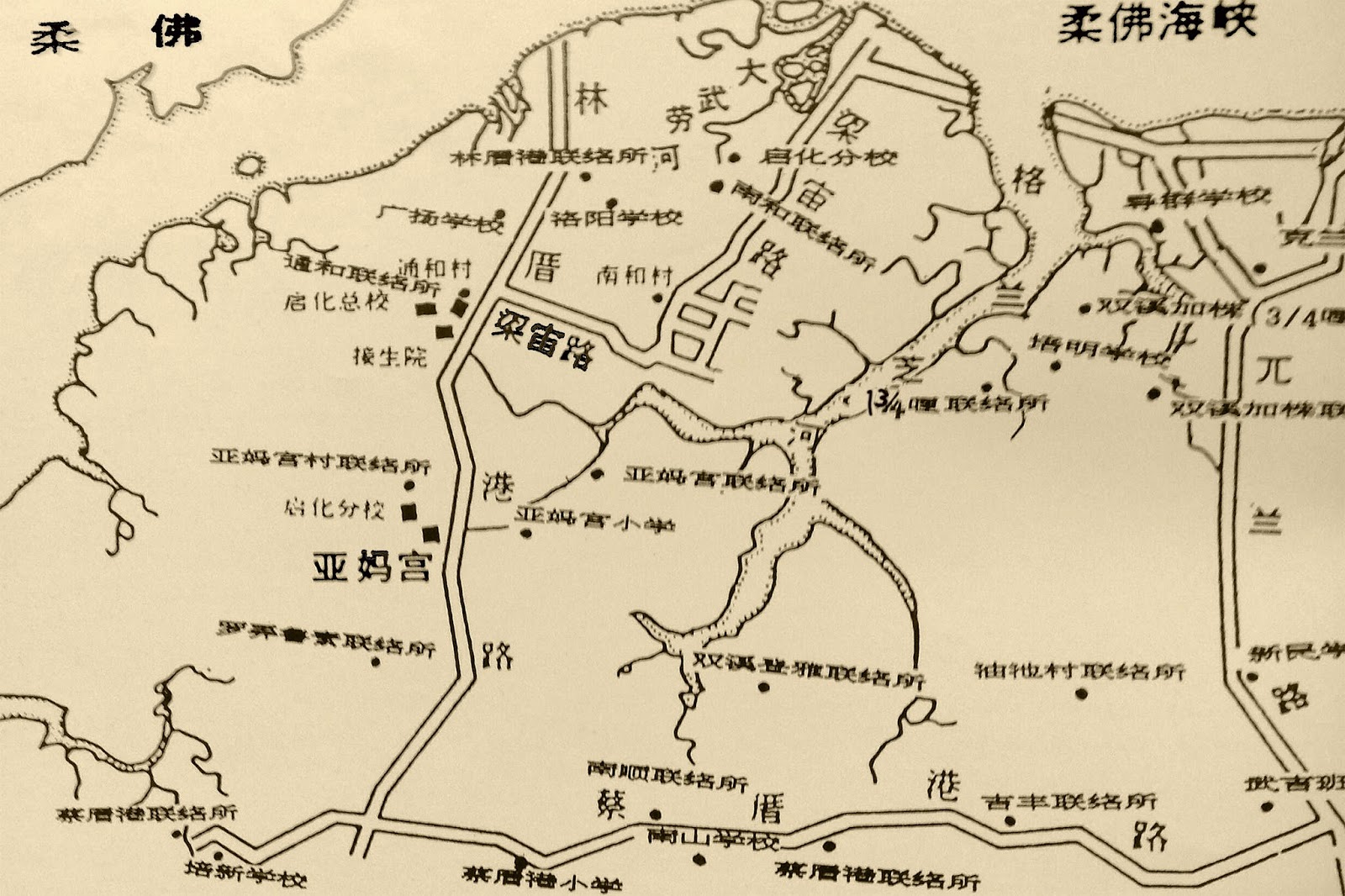 Tang See Chim won the 1966 By-election in March 1966 with a walkover as a PAP candidate. As the Adviser to all the Community Centre Management Committees (CCMCs) and the Citizens’ Consultative Committee (CCC) in Choa Chu Kang Constituency, Tang See Chim attended to the welfare and community needs of the rural areas there. Many social, sports, cultural and educational activities were organized to reach out to the rural communities to promote racial harmony and social cohesion. By then, the wooden structured rural CCs had gained the support of the villagers. The network of CCs under the People’s Association (PA) had fast become the bridge between the people and the government.

Thio Cheng Thun later became a Field Supervisor of the PA when Sim Boon Peng followed by Lee Wai Kok was the Director. Thio took charge of Organizing Secretaries (Inspectorate) in the Field Division. PA made tremendous effort to strengthen its presence on the ground. Through its network of CCs, PA rolled out many programmes to meet the social and recreational needs of residents so as to win their support for the government. Many kindergarten classes, vocational courses and sports and educational activities were organized.

Television in Singapore began on 15 February 1963. Before that, mobile film shows were screened at the rural CCs frequently. With black and white TV, the PA Supplies Section provided rural CCs with standard TV cabinets that came with locks and outdoor antenna outside the CC premises. Residents sometimes disputed over watching between Chinese and English programmes. The respective Organizing Secretaries (OSs) in-charge of the rural CCs had to settle their disputes amicably. Careful dealings with gangsters and leftists were the common safeguards in order to survive there as the staff working at the rural CCs.

Kindergarten classes were run in the morning. Vocational classes such as sewing, tailoring, cooking, cake-making, art, folkdance or beauty-culture classes were held in the evening. Basket-ball, sepak takraw, volleyball, table-tennis (乒乓ping-pong) and chess tournaments were often organized at the rural CCs regularly. However, these rural CCs were less active between 2.30 pm and 6.30 pm. Folkdancing, sports, talks, debates, adventurous and leadership training programmes were popular among the youths.

Barisan Socialis also conducted many kindergarten classes at the Wayang Stages located in the rural areas. The staff had to put in their utmost best effort to win the children over to the rural CCs.

Night soil collectors could be seen moving around because bucket toilets were used until R2 toilets were built to replace the old sanitary system in the early 1980s.

The OSs, Assistant Organizing Secretaries (AOSs), and Rural Area Liaison Officers (RALOs) usually worked seven days a week though they were entitled to one off-day each week. Some OSs even sought the help of their family members to stand in for them at the CCs when they attended to other assignments outside the CCs. They simply did not feel good to part with their duties and responsibilities by locking the premises under their care in their absence.

The OSs (I) from the PAHQ attended monthly CCMC meetings as PA representatives. They had to make sure that their meetings were scheduled in such a way to avoid a clash of dates. Such meetings were usually held in the evening. Accurate hand-written reports on single-lined foolscap papers must be submitted to the Field Supervisor without fail the following morning.

Manual type-writers were scarce. They were not made easily available to the OS (I) in those years. Cyclostyled machines were used to make multiple copies of documents for wide circulation among staff and community leaders. They must know how to write on stencils with stylus pen to make duplicate copies of large quantities. Onion papers with carbon papers had to be used when making more than one duplicate copy. White correcting fluid had not been invented yet. Corrections were therefore uncommon. Writings had to be perfect usually, though erasers were allowed to make unavoidable corrections at times.

Government subsidies were very negligible. That was why community leaders had to be well-to-do persons who could afford to make financial contribution from time to time. Public funds had to be spent sparingly and accountably. Some staff had to quietly cry over a lost chair or inventory item in their effort to account for it when the auditors came around to demand for proof of inventory stocks.

Accountability was solely an individual’s responsibility. Sleeping overnight in the CC premises was not allowed. I could remember going down to the rural CCs in the midnight to conduct surprised checks on caretakers or RALOs caught sleeping overnight in the CC premises. Such cases were referred to the disciplinary committee for follow-up actions. Log books, attendance books and account books were the most important documents to be checked regularly to prevent malpractices.

Yearly, the respective OSs (I) had to show justifications in writing and made recommendations for deserving community leaders to receive Bintang Bakti Masyarakat (BBM). That was the only National Day Award which was given out stringently to community leaders. As a result, some constituencies did not even have an award recipient for a particular year. So be it.

Meetings in the rural CCs were usually conducted in Hokkien though Mandarin was commonly used. For special reasons, Secretaries of the CCMCs were mostly government servants, teachers or school principals though there were exceptions too.

The respective OSs or AOSs normally prepared the minutes of meetings and the accounts to be read out at the meetings. Translations in English or Malay were required for the benefit of the Malay or Indian Community leaders. As a requirement, PA circulars written in English were also translated into Chinese, Malay and Tamil.

They had to travel by bus bringing along their account books, serially numbered receipt books, bank statements and cheque books for audit at the PA Audits Section without fail on a monthly basis. Failure to do so would lead to disciplinary actions strictly. They were not entitled to claim any transport allowance even when they had to carry bulky items and travelled long distance from Choa Chu Kang to the PAHQ at Kallang.

The Activity Instructors (AIs) were paid small honoraria by PA to defray their costs. Nominal fees were also collected from the participants by the CCs. Some AIs were reluctant to be assigned to rural CCs because of the distance and darkness. Yearly sewing examinations were conducted and certificates were also issued at CC functions by the Adviser in Choa Chu Kang.

PA publications namely, The Citizen and the MinChongBao (民众报) were widely distributed to the CCs on a monthly basis to keep community leaders and residents informed of the PA events. 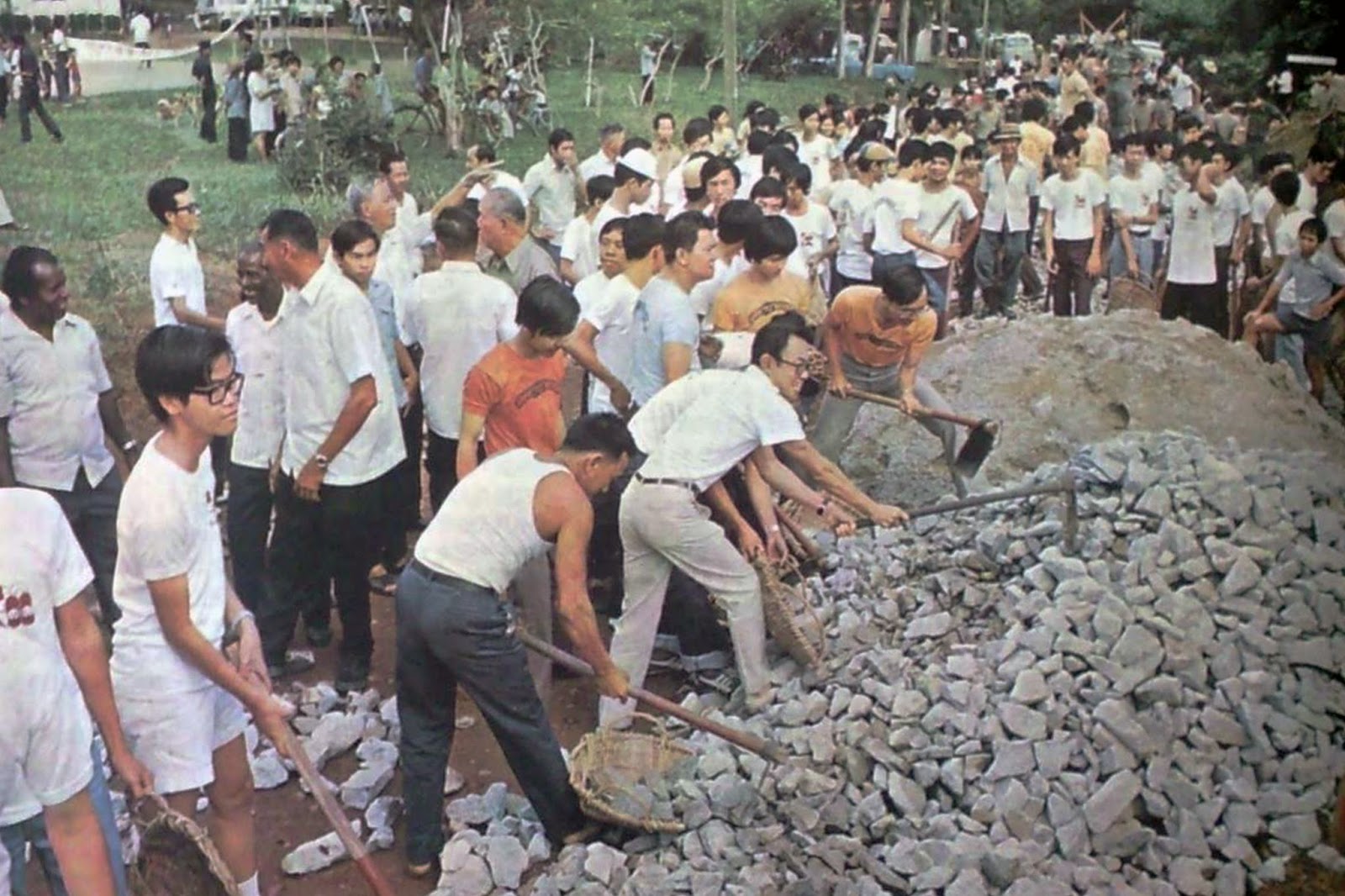 In order to make rural roads more accessible, many Gotong Royong Road Construction or Road Repair Projects were carried out with the help of the PWD, Army and the rural residents. We experienced the tough times with such hard labour. We were happy that the residents enjoyed the benefits in the end.

Lam Soon CC, being the key CC in the Constituency, was chosen to host the yearly National Day Dinners, National Servicemen send-off Parties and other important events. The Keat Hong CC Chinese Orchestra Troupe was formed in 1974. It became famous after winning many prestigious cultural awards.

When the CCs in the urban areas started to raise funds through the “A Dollar A Brick” campaign and other fundraising projects for building of modern CCs, that was the time when we began to find more good reasons to justify for the need to close down rural CCs in Choa Chu Kang, Bukit Panjang, Bukit Timah, Pasir Panjang and Jurong Constituencies in the West Region in the late 1970s and early 1980s to give way for new developments.

After all the new developments, the frontline comrades who had a good memory of the good old days could no longer find their old homes, I meant the old rural CCs. Luckily, they can now live to see the newer modern CCs with more sophisticated facilities in the new housing estates they can proudly call their new homes. 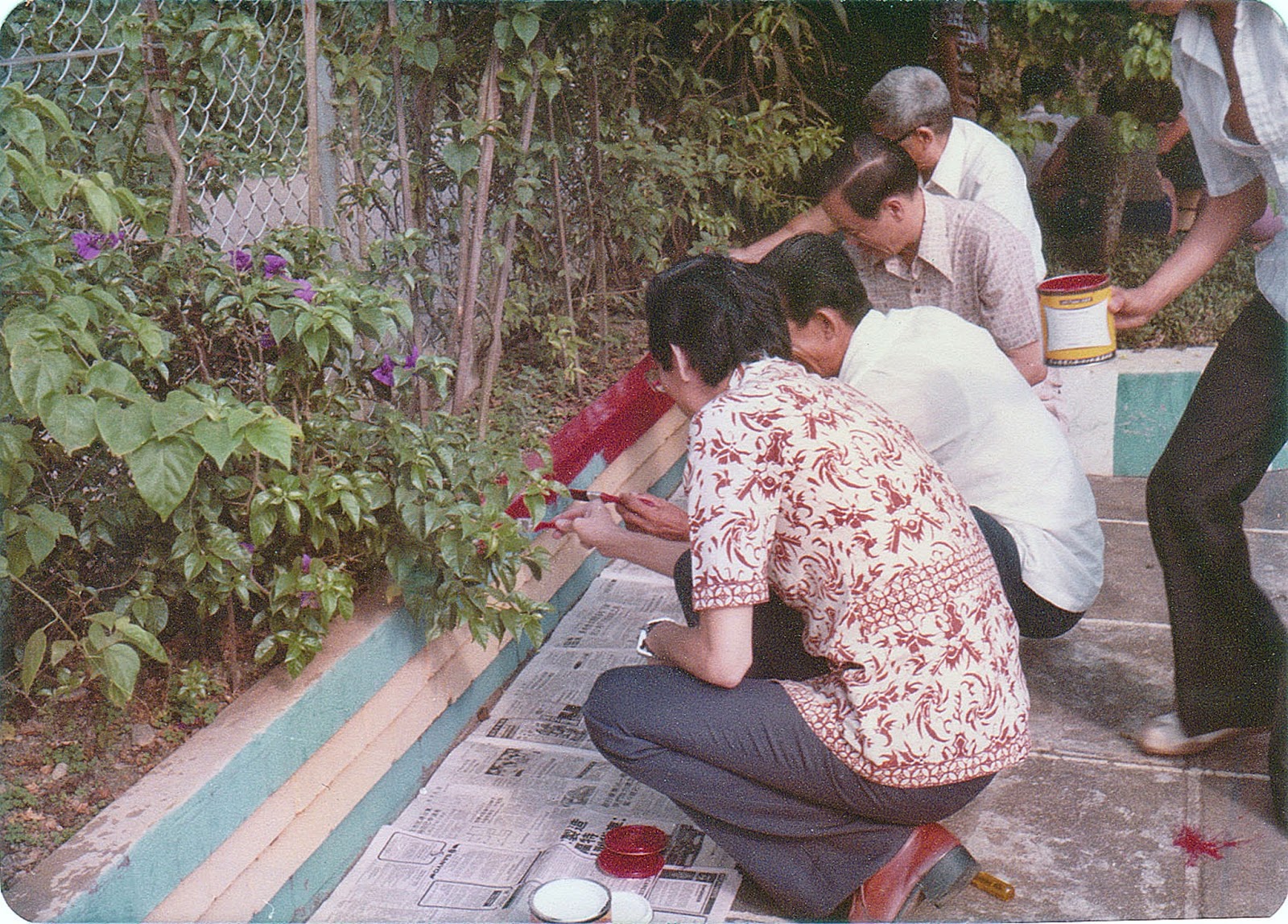 Use Your Hands Campaign at Yew Tee CC in 1980 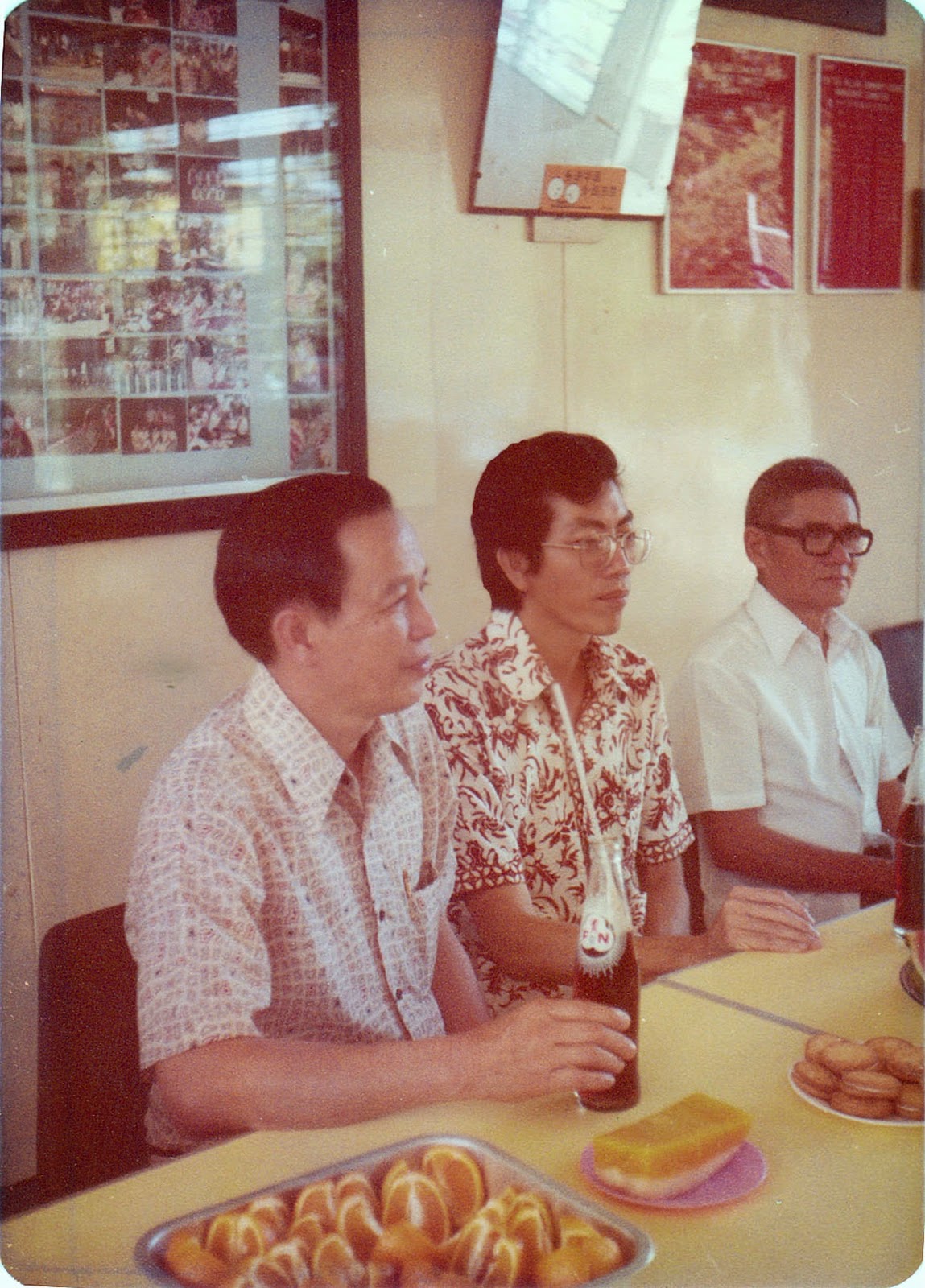 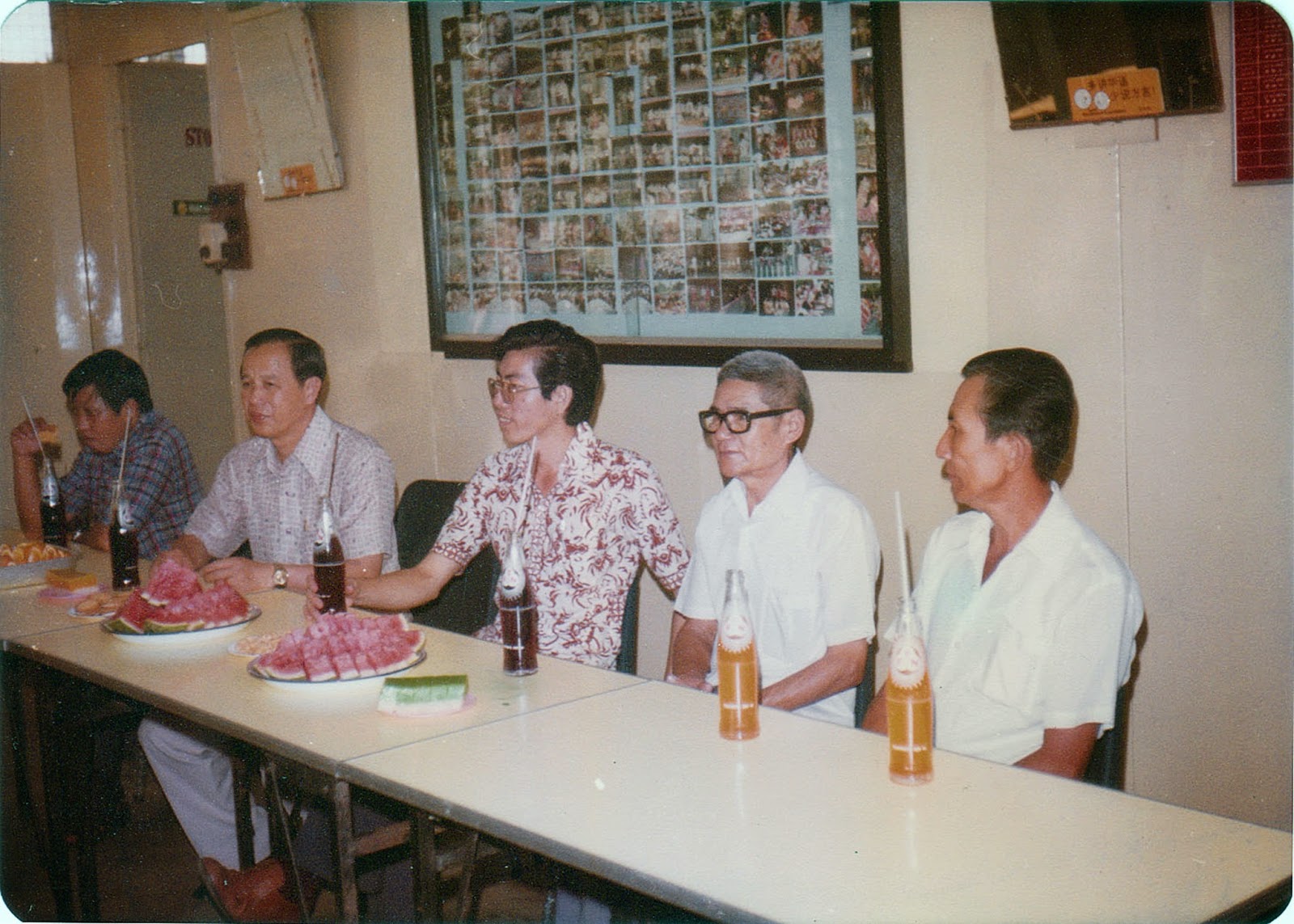 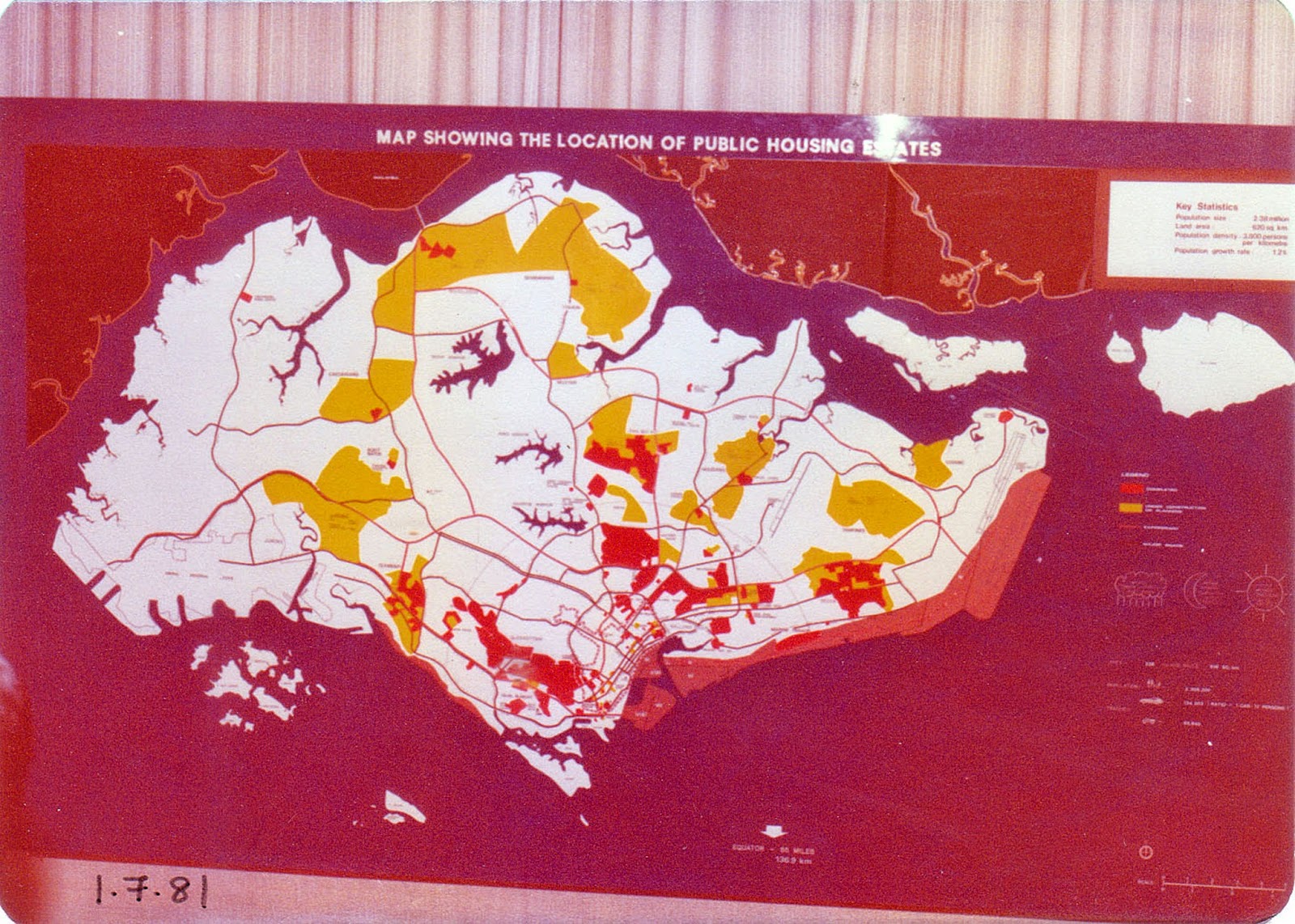 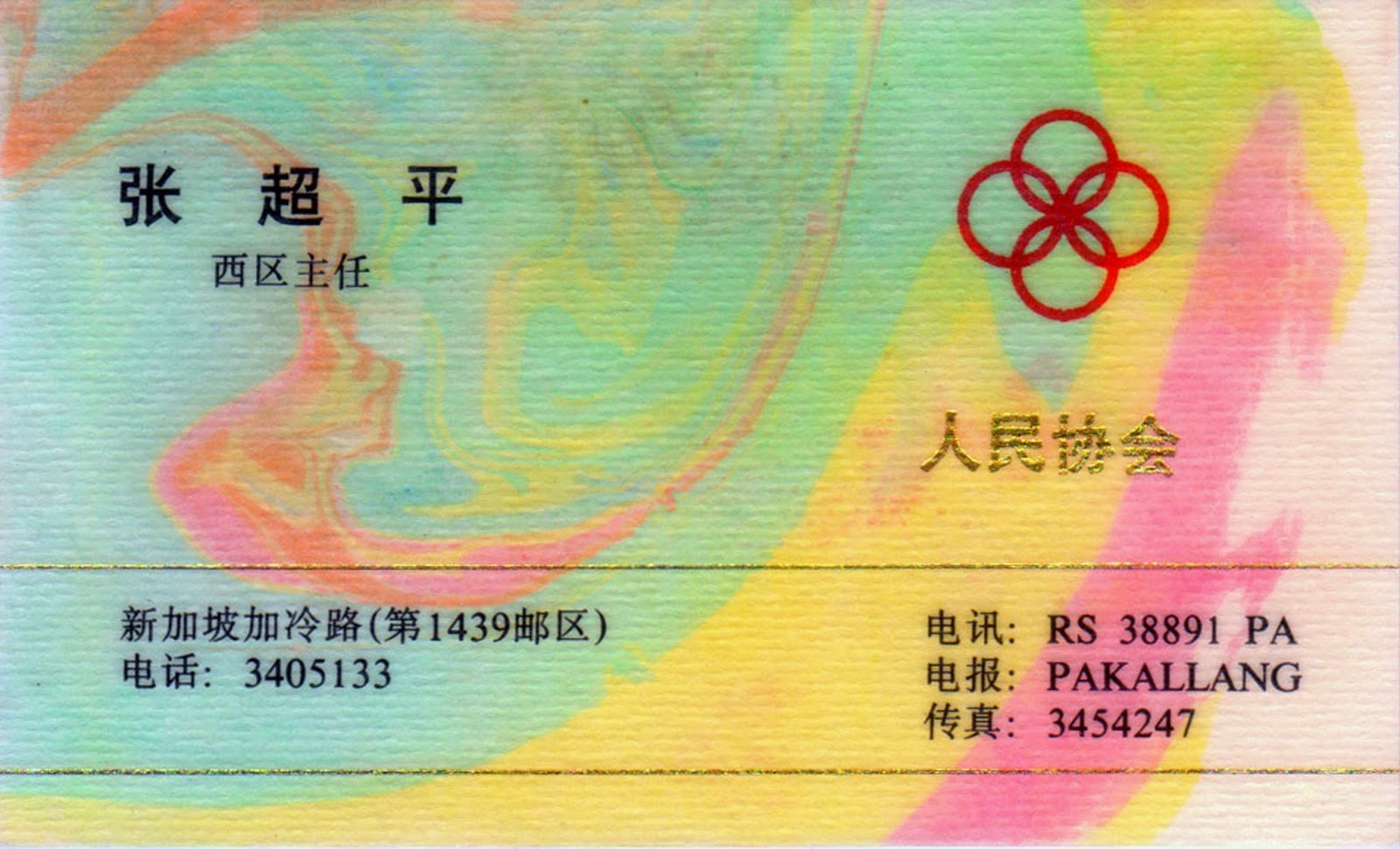 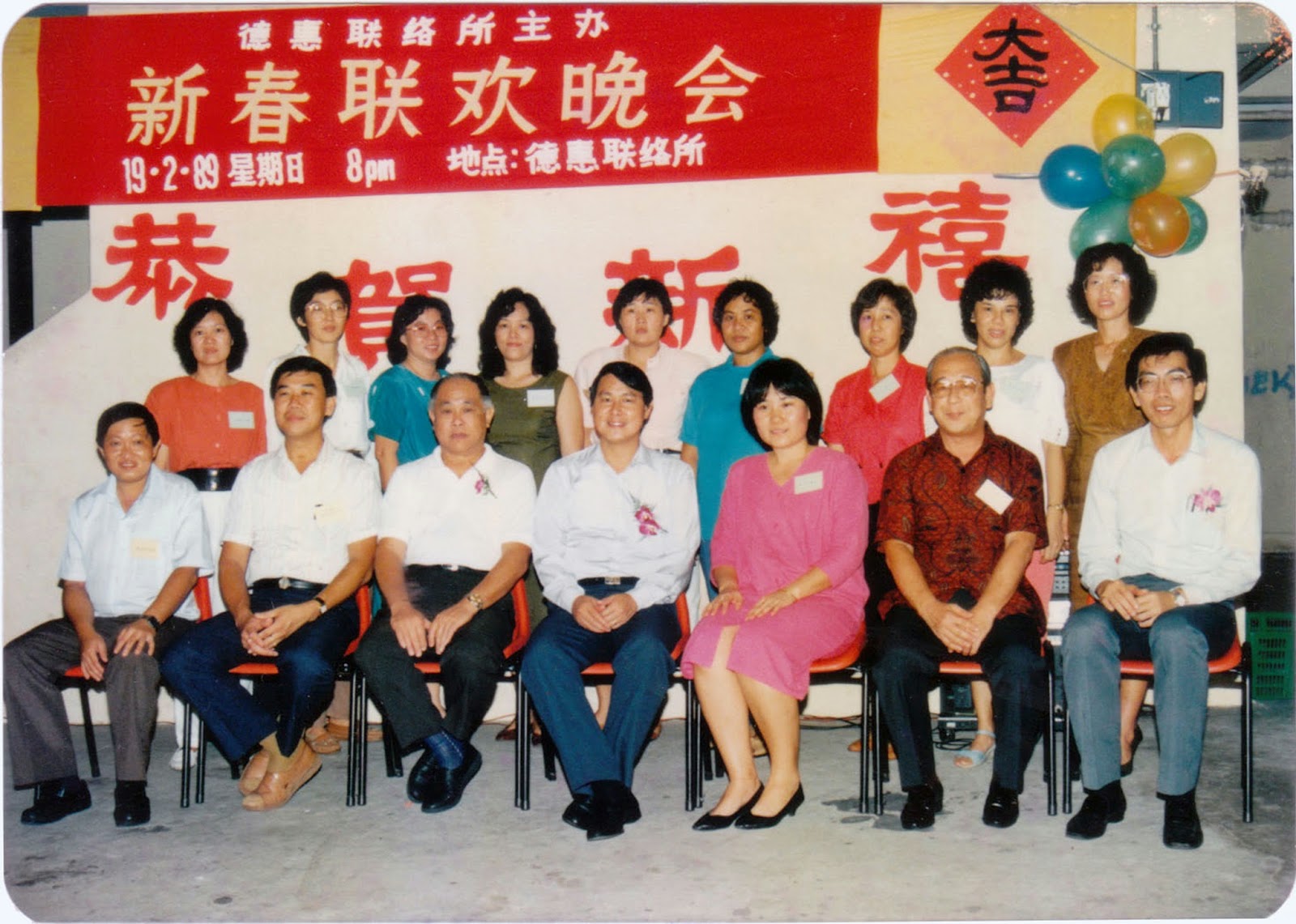 Posted by 4th Batch Organising Secretaries 第四届组织秘书 at 12:18 AM